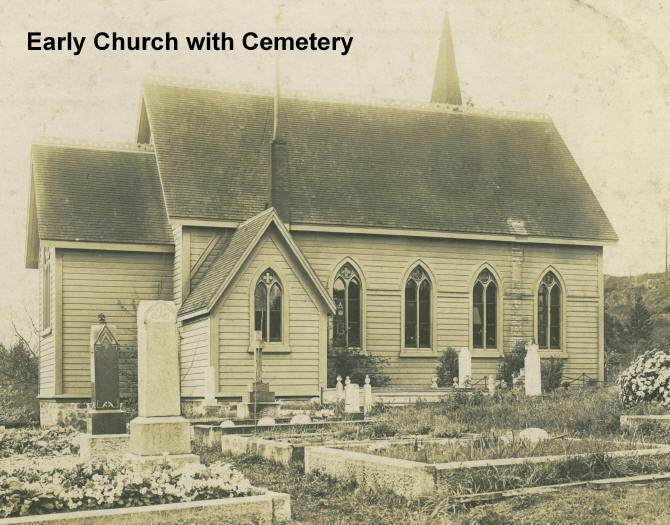 St. Luke's churchyard was in existence years before the present church was built.

In 1861, the first Cedar Hill congregation felt their prayers were answered when Mr. Anthony Elliott, having just returned from the Cariboo Gold Rush and hearing of the church's need, gave St. Luke's seven acres: one for the church and churchyard, with the rest for the Parson's Glebe (to augment his stipend through a cow and a few pigs).

Records show that the churchyard was soon fenced, although there was a problem keeping the fence in place. The shallowness of the soil made it difficult to anchor the fence sufficiently to withstand the wind. It was subsequently replaced by a stone wall.

In 1933 the cemetery paths were paved and subsequently headstones laid flat. Although burials took place in the early years, recently there has only been space for the interment of ashes. During 2003 and 2004, 56 more plots for cremated remains were developed, mainly at the north end of the cemetery. To maintain safety in the cemetery, several trees were removed or trimmed in 2007, and in 2008 all asphalt paths, which had been broken by tree roots, were covered with several inches of ‘fines’.

The cemetery is a tranquil area where many members of earlier congregations rest in peace in the shadow of St. Luke's Church. We hope that you will enjoy visiting St. Luke's historic cemetery.