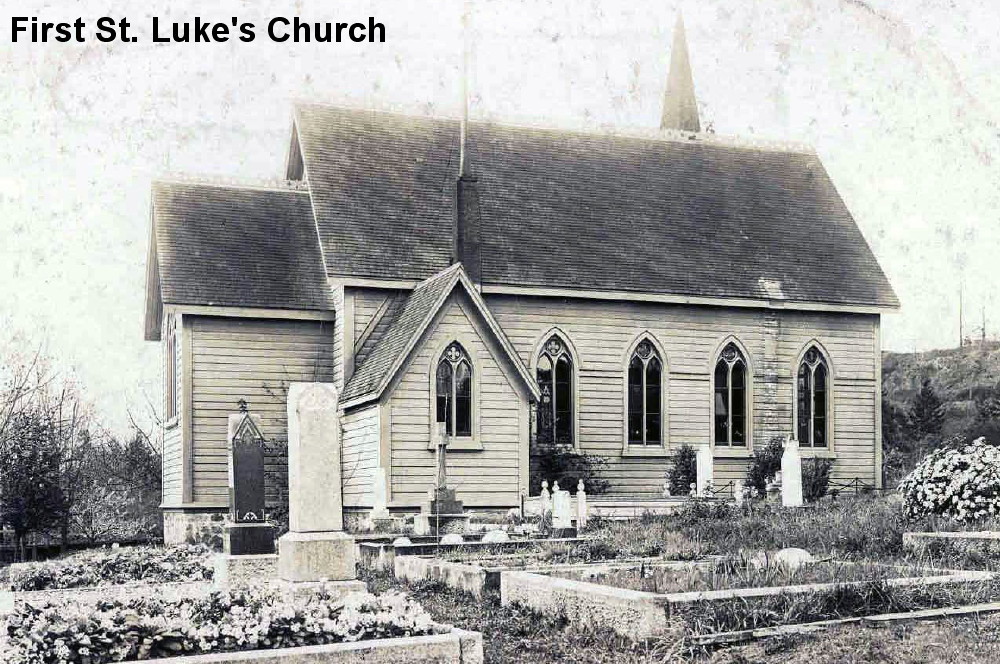 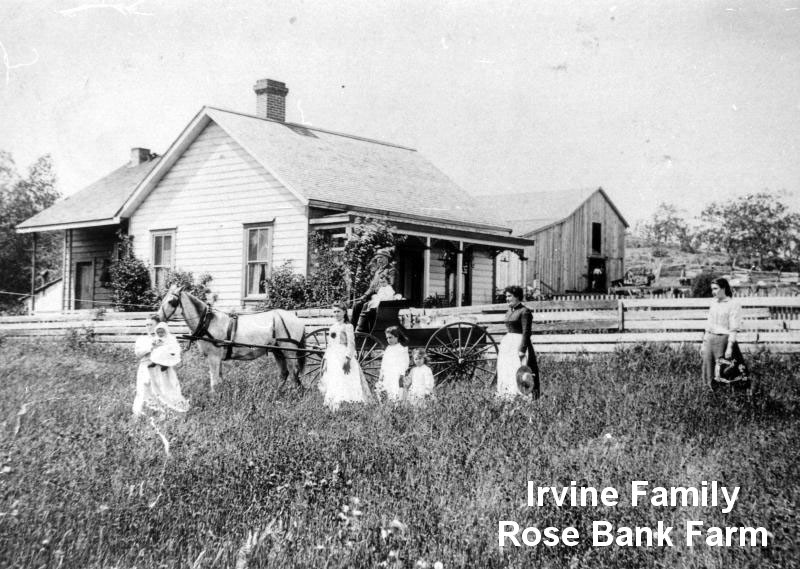 The beginning of St. Luke's Anglican Parish is readily traceable to 1860. In that year, the Reverend (later Bishop) George Hills arranged for the Reverend Alexander George Garrett to hold services in what was known as Cedar Plains and conduct missionary work in Saanich. Services were held at Rose Bank Farm, the home of John and Jessie Irvine, a short distance to the north of the present St. Luke's Church.

In 1862, thanks to the generosity of Anthony Elliott, who was successful in the gold rush, 7.8 acres of land were donated for church purposes. This, together with funds from benefactress Baroness Burdett-Coutts, resulted in the building of a church, the Cedar Plains Chapel.

The Cedar Plains Chapel served the district as church, Sunday school and day school for 26 years. Eventually, in 1886, architect Edward Mallandaine produced plans for a new structure for St. Luke's. The church was finished in 1887 and consecrated in 1888. The old building was moved north and it served as the parish hall until 1911. Six of the pews were retained from the original church. They were made of lumber from the forest which used to cover the Shelbourne area and the newer seats were made to match them. In 1891, St. Luke's ceased to be a missionary area under the aegis of Christ Church Cathedral, and the Reverend M.C. Browne became the first rector of the parochial period.

Following a fire which destroyed it, the rectory was rebuilt in 1895. The north aisle of the church was added in 1942 and the nave was extended in 1951. These additions were carried out entirely in sympathy with the original Carpenter Gothic design. The present rectory was built in 1963.

Among the noteworthy features inside St. Luke's Church are the font, which was in the original church, and the brass bowl and ewer commemorating the baptism of Ruth and Isobel Goward on Easter Day, 1911. There is also a fragment of stained glass window from St. Andrew's Church in Plymouth, England, where Sir Francis Drake worshipped - the church was destroyed in an air raid during the Second World War. The reredos behind the altar, depicting the Nativity of Christ, was carved by Peter Rendl of Oberammergau. The reredos, put aside when the Lady Chapel of the Hereford Cathedral England was renovated, was a gift to St. Luke’s congregation from Hereford Cathedral in 1952. The elaborate framework and the doors were not original to the piece but were added at a later date and were the work of the Peterborough Guild of Woodcarvers.

The adjoining cemetery contains many well known names which will be of particular interest to historians and genealogists alike.