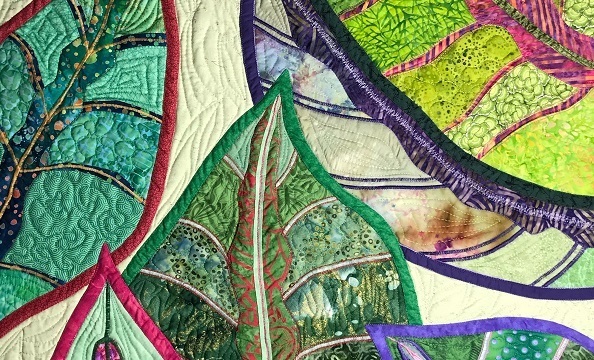 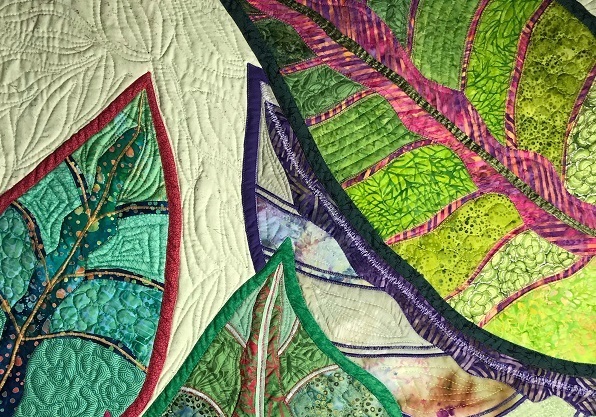 I would like to thank Rev. Daniel and St. Luke’s congregation for allowing me the honour to dress the altar with a new frontal.

Daniel approached me some months back about making a frontal after seeing some of my other work. I pointed out that my style was quite modern and the church was traditional, but he said that he wanted the church to say that though we were here ‘then’, we are still here ‘now’. He wanted something more modern for the church, to show we were still alive. He wanted me to design something that might work. The only thing he stipulated was that it should be in two panels rather than one, and he wanted green for Ordinary Time. I asked him what Ordinary Time meant and what the green symbolized, and he said it meant spiritual growth. I asked if it should have any Christian symbols on it, like the cross, or special words, and he said not necessarily.

I started playing around with some ideas, making sketches randomly. Should I do something completely abstract, or should it be representational? Should I use leaves or trees to suggest growth? What would resonate with the parishioners? I decided to sit quietly in the church one day, after everyone had left, just to have a good look around. I could see that the main influences on the space were the gothic arches that were repeated everywhere and the stained-glass windows with their wonderful colours. I knew I ought to echo these two elements in the panels.

I had some designs of various types of leaves, including oak leaves, but decided to drop them in favour of a leaf design that would echo the gothic shape of the windows. I also knew that I wanted to bring some of the colour of the stained-glass into my work too. I knew I couldn’t just stay with green, but my design would have to suggest green. I decided to add thick borders around the leaves in the style of the stained-glass.

Then came the hunt for the fabrics and colours. Should they be solids or prints? Lots of trials and errors! Much as you try to visualize it ahead of time, the fabrics once laid, especially if they are prints, will always surprise— the way they react with one another. Slowly, the two panels evolved, and after many weeks of work, they were finished.

Fearful of the reaction, I was very relieved when my work was well-received, and smiles and congratulations greeted me in church. I hope you all feel I have added to the atmosphere of the church and have brought in some modernity without compromising the classic, traditional lines of our already beautiful church.