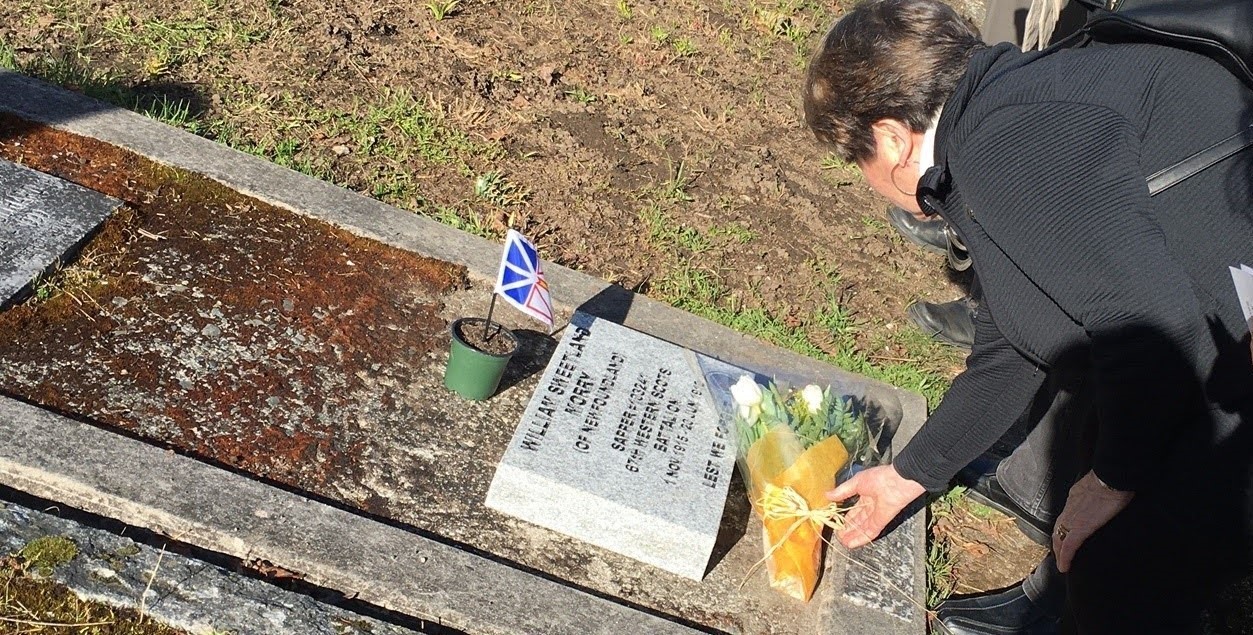 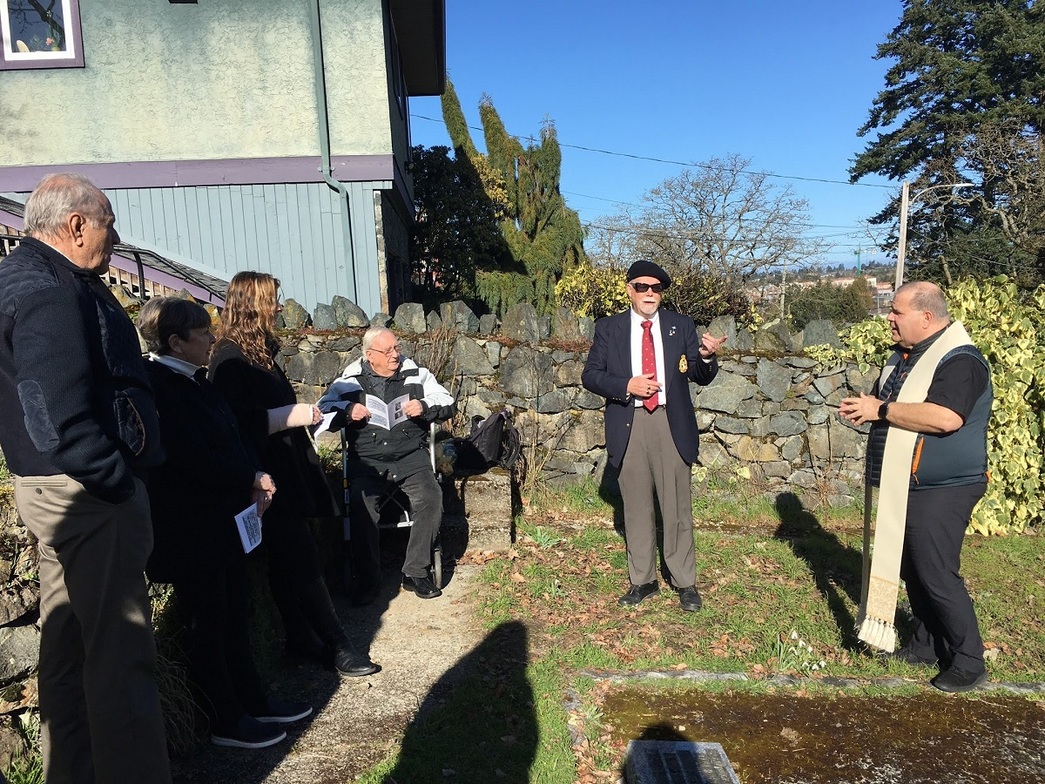 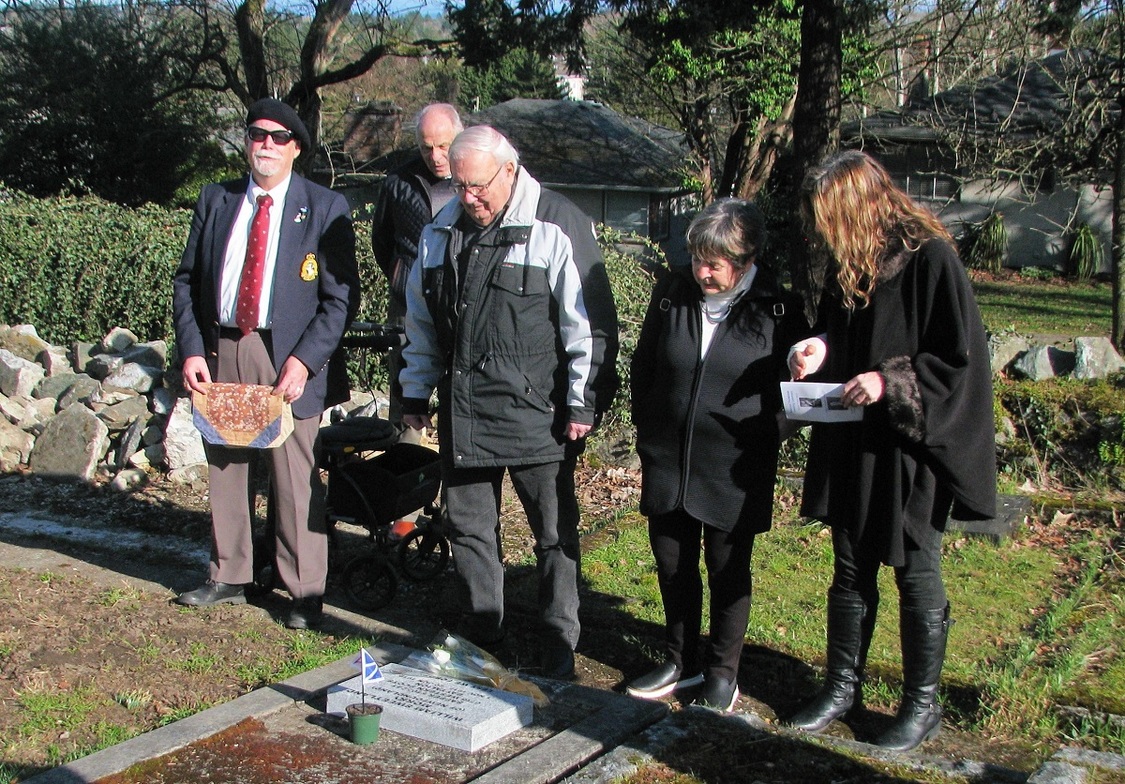 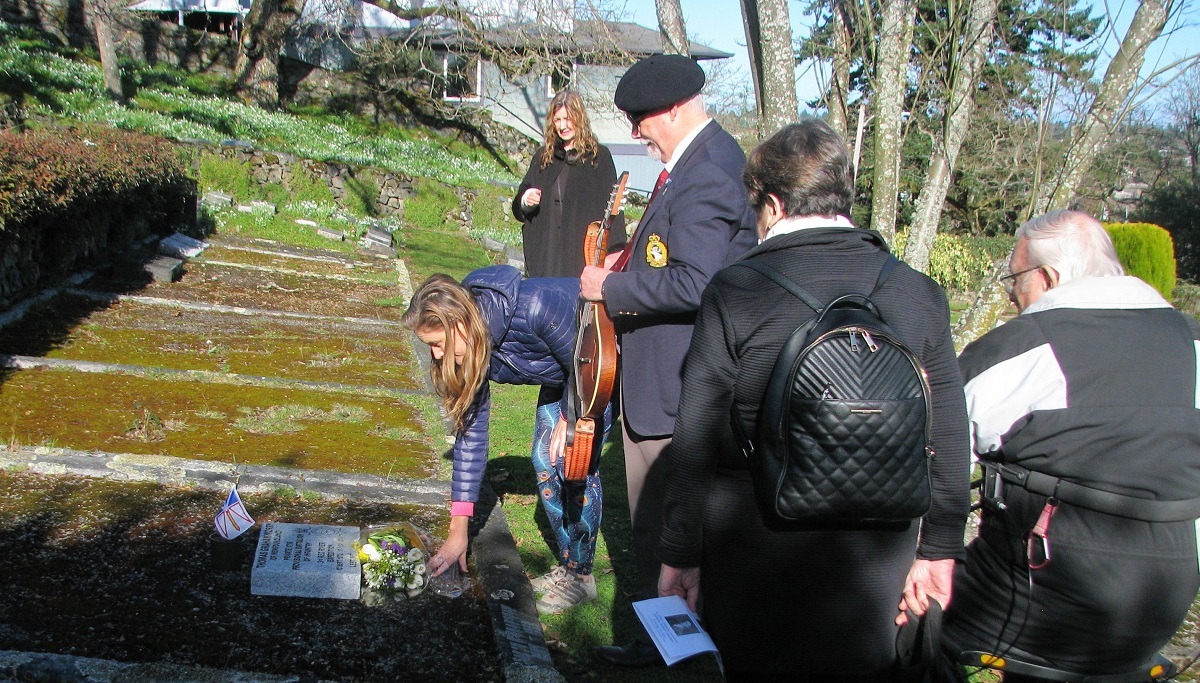 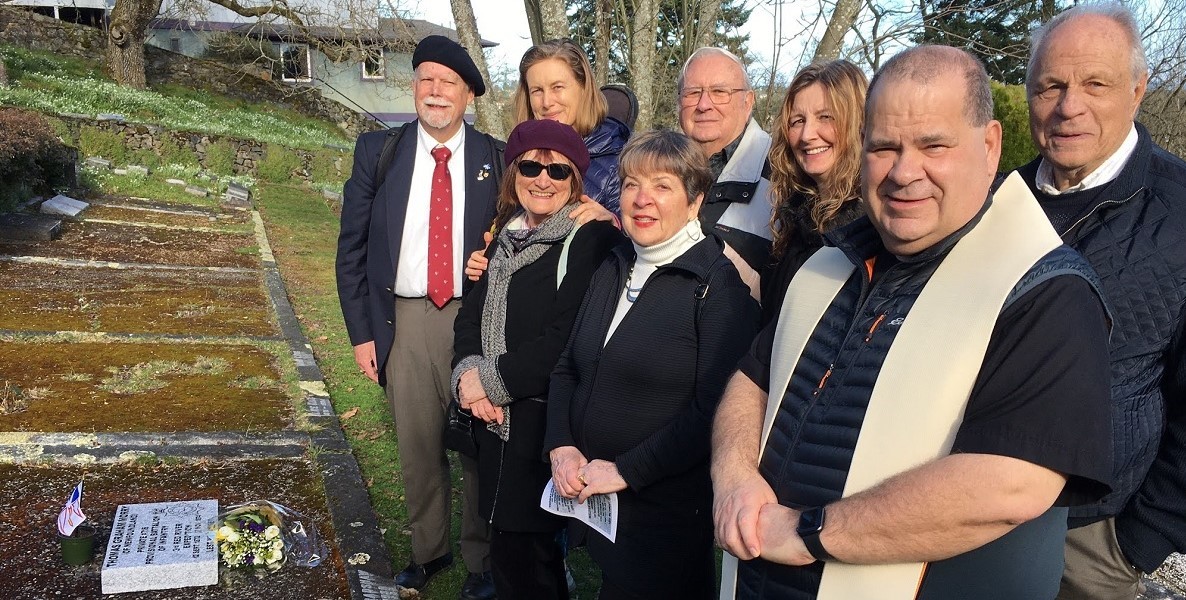 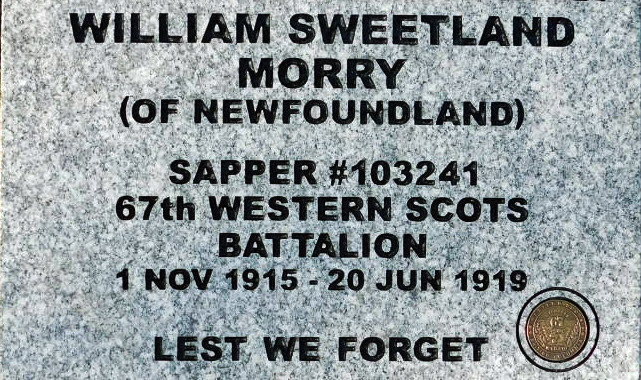 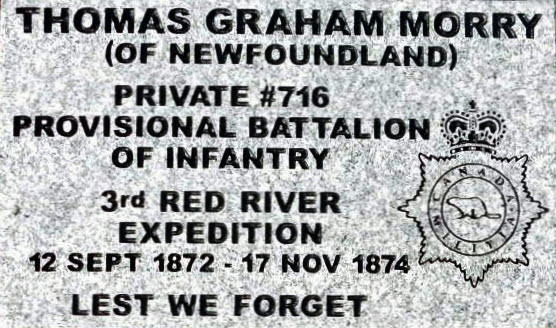 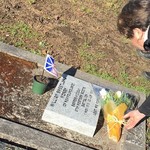 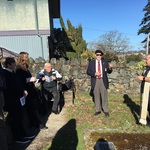 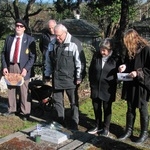 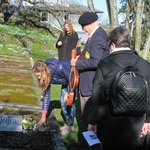 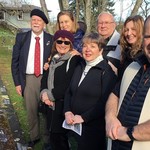 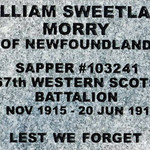 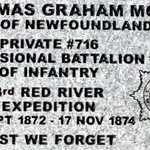 On February 16th, family members of two branches of the Morry family gathered for a ceremony in St. Luke's Cemetery to dedicate footstones to honour the military service of two Newfoundland-born veterans, William Sweetland Morry and Thomas Graham Morry.

These footstones were designed and created by Stewart Monumental Works Ltd. in Victoria through the Trail of the Caribou Research Project under Michael Pretty, president and founder. His brainchild led to the development of this project as a way of honouring Newfoundlanders, who have served their country (whether Newfoundland or Canada) no matter where they now lie.

By way of a background explanation, for those who were not aware of the exodus of Newfoundlanders that took place from Newfoundland to British Columbia at the end of the 19th century and the beginning of the 20th century, after the collapse of all Newfoundland banks in 1894, many merchant families lost their entire fortunes. Some were able to carry on at home, but when a severe decline in cod stocks occurred just after the turn of the century, many reluctantly left their Newfoundland homes forever, some for the “Boston States”, but more for Canada, in particular BC, where there was a hope of finding work in the fishery or related fields.

William Sweetland Morry, one of those honoured at the ceremony, was a son in the large family of Peter Frederick Morry and Bridget Coady of Caplin Bay (now Calvert) who came to BC in 1900. He, along with other Morry men from other branches of the family then living in BC, including Albert Graham Morry and Thomas Graham Morry (IV), joined different regiments of the Canadian Army during WWI. Few, if any of them, received full military honours at the time of their death, and this ceremony was a first step in correcting that omission.

Thomas Graham Morry III's service in the Canadian Militia in the 1870s, between the Riel and the Red River Rebellions, represents an almost forgotten piece of Canadian history. Few realise that these volunteers provided an indispensable service in keeping some distance between the Métis and their Indigenous kin, and the swarms of European settlers flocking to the Prairies at the call of the Canadian Government and the soon to be completed Canadian National Railway.

A special thank you to Chris Morry, who organized the dedication and provided this background information, and to the Rev. Daniel Fournier of St. Luke’s, who filled the role of honorary Regimental Padré. Thanks to Barb Prescott and Jamie Morry for sharing the pictures included here.

A copy of the programme from the dedication, which includes further biographical information about the two veterans honoured, is included below.