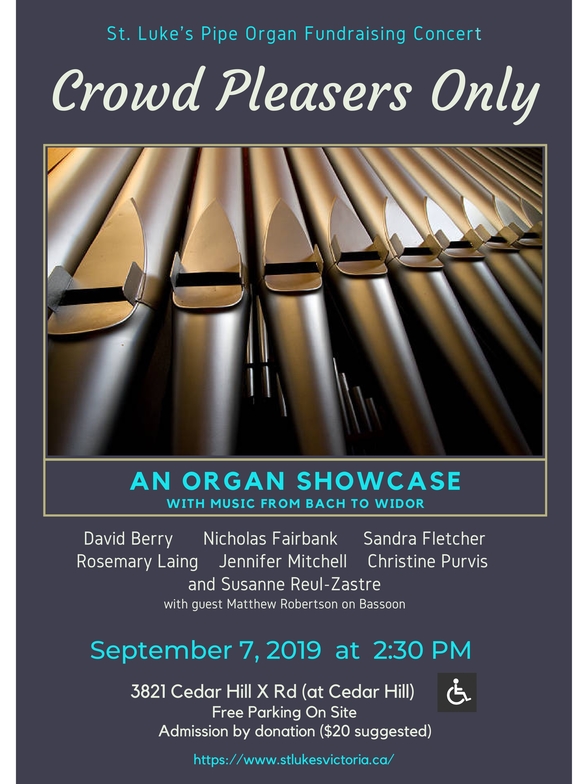 During the concert, as a special treat for the audience, a camera was positioned in the organ loft to show the organist's hands and feet flying over the manuals and pedals. The audience saw all of this activity on a big screen on the pulpit side of the church. The program showed the different orchestral colours of the organ and featured pieces written either specifically for, transcribed, or arranged for the organ as both a solo and an accompaniment instrument. Click here to see a video of Director of Music, Susanne Reul-Zastre, playing as a teaser, Bach's Concerto in a-minor, which was posted to Facebook prior to the concert.

Concerts have in the past often taken place either in the spring or the fall and featured members of the music ministry team, including the music director, choral scholars, cantors, volunteer musicians from our congregation, and other talented local musicians.  Vocal and instrumental repertoire performed at the concerts included sacred, classical, folk, musical theatre and jazz selections of high standard and all concert proceeds benefited the Organ Maintenance Fund and/or the St. Luke's Choral Bursary/Scholar program.

Below you will find links to posters and programmes of recent music ministry fundraising concerts.