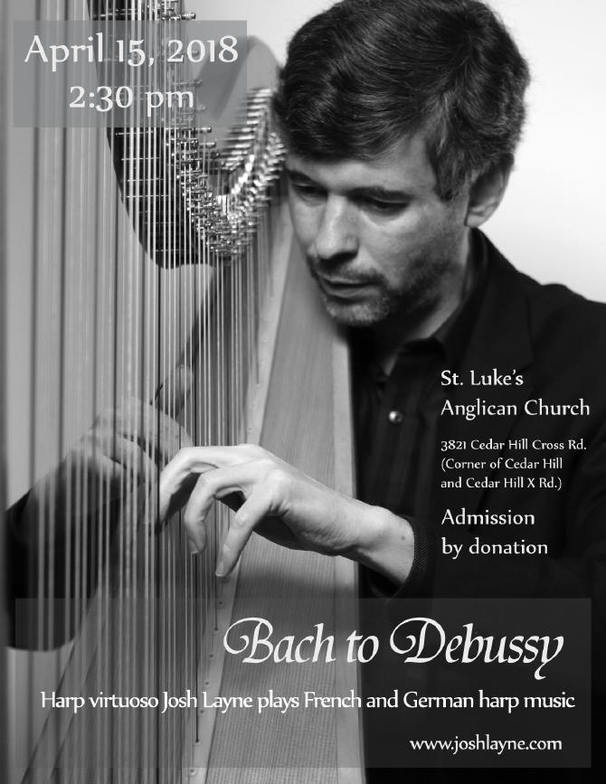 Save to your Calendar

Harp virtuoso, Josh Layne, returns to St. Luke's for another concert! After enjoying Josh's concert in October last year, we are pleased that Josh has been invited to play at St. Luke's again. This time Josh will feature music by French and German composers Handel, J.S. Bach, Grandjany, Debussy, and Faure.

In the first half of the program, you will easily recognize Bach’s famous d-minor Toccata that’s often used to accompany scary moments in film or other types of media, but it’ll be completely different to hear it played on a harp! Debussy’s Clair de Lune in the second half is one of the composer’s most famous slow pieces and very suitable to be featured on the harp.

Josh has a deep love and appreciation for classical music, which he shares with his audience. We look forward to his concert at St. Luke's.

Admission is by donation, with a suggested donation of $15. The church is wheelchair accessible and parking is free.

Did you know that Josh has his own YouTube Channel which is approaching 1 million views? Stay tuned to see what fun things he has planned on April 21 at noon during a livestream celebration of this big number!

For more information about Josh, please visit his website.